PUTTING BY THE PERFECT 'POT' OF MARMALADE 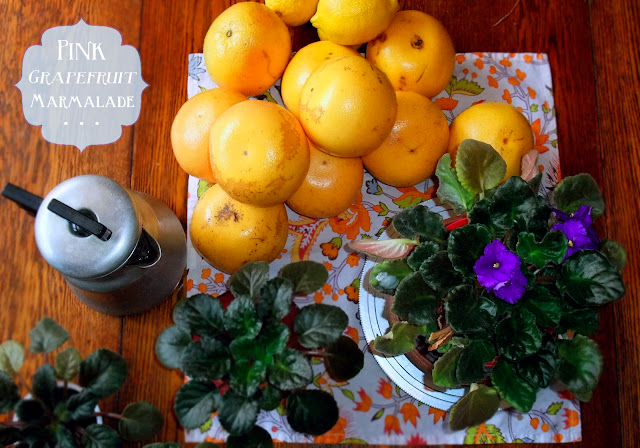 Here in the northeast United States, the bulk of preserving happens from June to September; however there are still plenty of fun preserving projects possible during the darker months of the year - like now, for instance. For those of us here in New England, all the citrus fruits stacked along the produce shelves are a wonderful splash of color (and taste) reminding us of sunnier days and the promise of spring. What better way to calm your spirits after a busy holiday season then to get back into the kitchen and put by some small batch preserves.

When my grandmother, Margery, was alive, each autumn she would send her sister, Aunt Alice, a box of crisp New England apples; in exchange, around the winter holidays or soon thereafter, a box of grapefruit from Aunt Alice’s tree would arrive by post from her home ion Florida. Granma would cut them in half and eat them for breakfast.  Of course a three minute egg, toast and jelly or jam were often served at for breakfast also.
Back then, my first taste of marmalade came from a stone crock. It was tart, bitter, with some rinds that weren’t quite soft, not as appealing to my young taste buds as sweet jams and jellies, but as I matured, so did my taste. Besides once I discovered marmalade was the spread of choice for James Bond, I was all in.

Marmalade is traditionally made with Seville oranges, but our local market had a sale on grapefruit and so I will be making a Pink Grapefruit Marmalade. Also, I have tended toward replacing or reducing sugar in many of my preserves, but for the marmalade I’m keeping with the traditional recipe as far as sugar goes.

As I said, Seville oranges are the best for a classic, bitter-sweet marmalade, and this is the time of year to buy them. You can find them in supermarkets and they freeze well whole, as do a number of other citrus fruits, so, if they are on sale, get enough for several batches. You can defrost them when you have the time.

You will need 3 pounds of grapefruit (or whichever citrus you prefer), plus the juice of two lemons, six pints (12 cups) of water, 4 pounds (8 cups) of sugar, and 2 teaspoons unsalted butter.

Wash the fruit, cut in half and remove the seeds. Keep the seeds; you need these for the pectin. Also, when peeling citrus fruits for marmalades be sure to keep some of the white membrane (pith) found just under the skin, the pith also contains pectin.

Set the seeds and pith aside on a square of cheesecloth (available in any good kitchen store or the canning aisle at your local hardware store) draped over a bowl.

Next, remove and discard the remaining pith from the grapefruit and lemon. Finely chop the segments, adding any seeds and membranes to the cheesecloth, make sure to capture all the juice. Place everything into a large heavy bottomed pot – a Dutch oven is great if you have one.

Add water. As a rule, two pints of water are used for every 1 pound of fruit. This will all need to reduce by a third before you add the sugar and will take a couple of hours of slow cooking, so keep the fire on medium - low for now. Be patient and stir often so nothing sticks to the bottom of the pot.  You also need to add the cheesecloth with the seeds, piths, etcetera, tied securely. Just let it float in the juice. 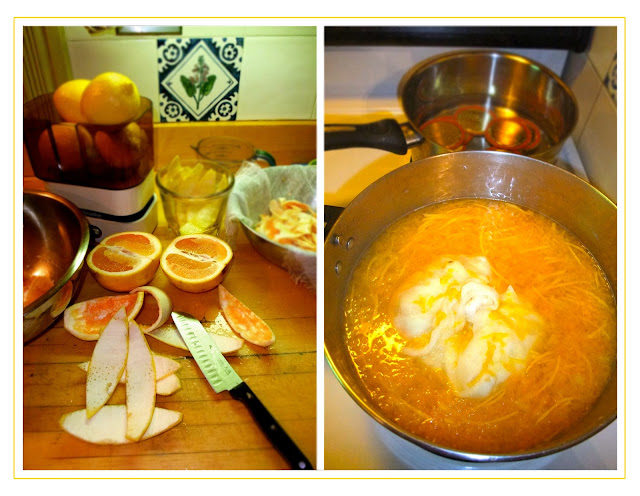 Cut the rinds into thin slices and add to the cooking juice.  The amount of peel you add is personal preference. You do not have to use all the peel in the marmalade. Set the extra peels aside on a wire rack for drying.  Later they can be ground and saved for seasonsings.

In about 2 hours, check to see if the peel is soft (pull one out and take a bite) and the juice has reduced, squeeze the cheesecloth bag to extract the pectin and set aside.

Add granulated sugar a little at a time. Stir until all the sugar dissolves. You don’t want it crystallizing in the jar. This step may take a little time - focus, be zen about it and give the sugar time to dissolve - it will be worth the effort!

Once the sugar has completely dissolved, turn up the heat. You need to get the mixture up to a rolling boil (if you have a candy thermometer, you want to hit 220F) so the marmalade will set, a process that takes about 20 minutes.

If you don’t have a candy thermometer dip in a wooden spoon and then hold it high over the pot letting the marmalade drip from the edge. If the mixture is sufficiently cooked, the drops run together to form a hanging flake. This is known as the flake test.

You can also test the mixture by putting a spoonful of marmalade on a plate and putting it somewhere cool (but not in the fridge). The surface should set within a few minutes and crinkle when pushed with the finger.

If you feel your marmalade has not set, continue the rolling boil for a few minutes longer and re-test. When the mixture is ready, remove from the heat and add the butter. Stir slowly until the butter is incorporated into the juice. If there is any foam on top, remove. 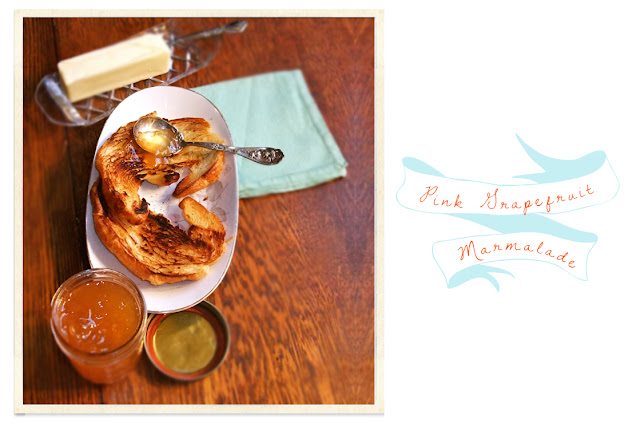